Mini-excavators are rather small hydraulic excavators valued primarily for their ability to maneuver and function within tight or narrow areas where larger excavators can’t. They are a very popular piece of compact equipment and used in a variety of applications. In this blog post, we are going to focus on the basics of mini-excavators. 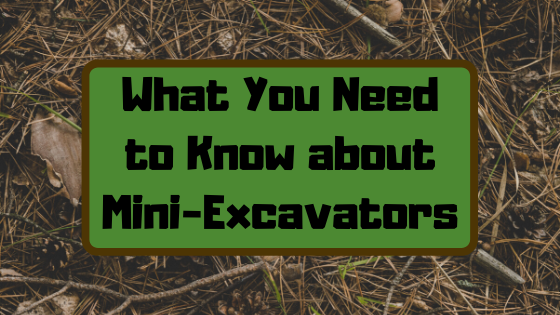 Mini-excavators, also known as compact excavators or mini-diggers, are excavators, but on a much smaller scale: they are typically about the same size as an average skid-steer loader. A typical mini-excavator will include a heavy-duty arm that interfaces with a wide range of attachments (although most frequently shown with a bucket) and a mounted blade. Like many of their full-size brothers, most mini-excavators are tracked machines. To be considered a mini-excavator, the machine will usually weigh less than 10,000 pounds, or 5 tons; however, this is not always true, and serves more as a general guideline on the size of a mini excavator.

Mini excavators are fully hydraulic machines, including the boom, attachments, slew, and propulsion. The tracks are driven by hydraulic motors called track drives, track motors, final drives, or drive motors. Hydraulics are key to the motion and functionality of a mini excavator. 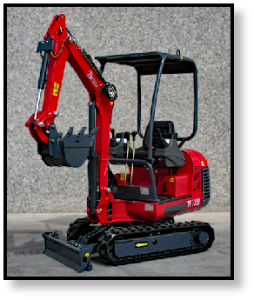 What makes a mini-excavator so desirable is its ability to function in tight areas where full-size excavators cannot. Mini-excavators have a very small footprint and many are available with zero-tail swing, which means that the housing of the mini-excavator never extends over the tracks. This allows it to work very closely to existing objects without striking them. Mini-excavators also have very low ground pressure because of their relatively light weight and their use of continuous tracks. This means they can work on unstable surfaces, rough surfaces, and delicate surfaces, too. 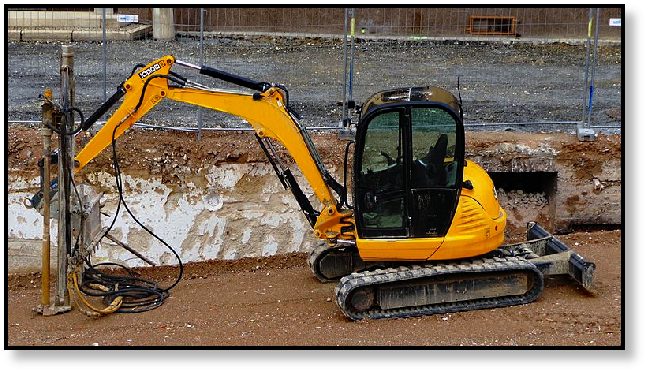 Overall, mini-excavators are extreme versatile when it comes to working conditions and, although they are much smaller than their full-size counterparts, they offer a great deal of power.

There are many different mini-excavators on the market, with at least 29 different brands in the US alone. This includes top manufacturers like New Holland, Caterpillar, Yanmar, Kubota, Bobcat, JCB, Kobelco, Gehl, LinkBelt, and Mustang. Keep in mind that brands may refer to them by different names: Bobcat, Yanmar, Gehl, New Holland, and Kubota all call them compact excavators and Caterpillar calls them mini-excavators, as does Kobelco. Mustang refers to them as excavators. Another popular term for them is mini-diggers.

Because mini-excavators are so versatile and compact, they are stealing a significant part of the market from larger machines like backhoes. Because there are so many attachments available for use on these compact machines, they have applications in construction, mining, landscaping, forestry, and agriculture.

Looking for the right final drive hydraulic motor for your mini-excavator? 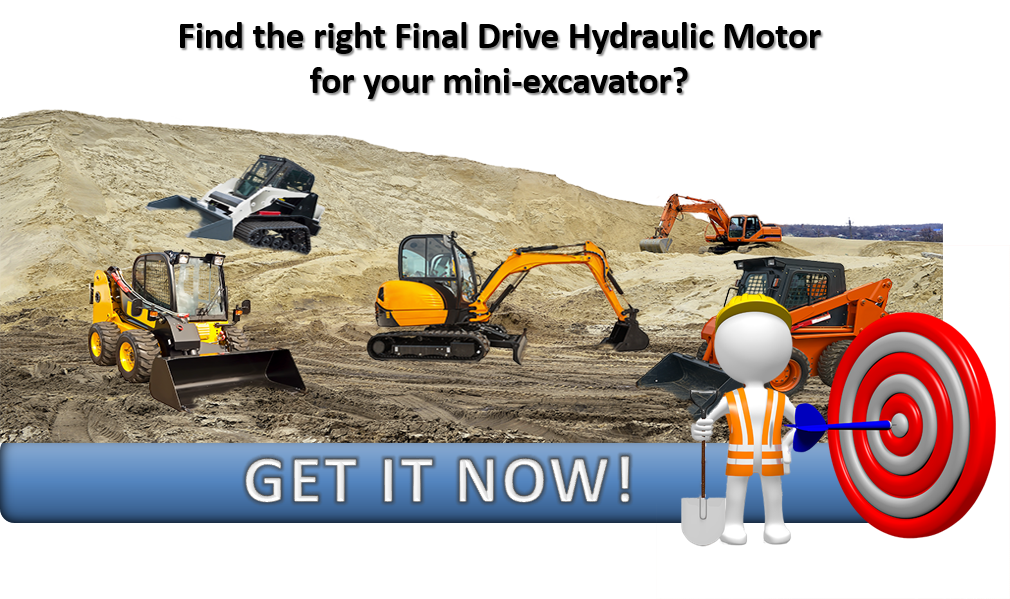